NOTE: All Personal Details Have Been Removed or Disguised

The property under evaluation was originally inherited from the owner’s parents. In order to help fund their new house the owners mortgaged the property as a buy-to-let mortgage to a different party. Under these terms, they (the owners) could keep the house in the family despite it being unfit to them at that time.

So, for the previous 6 years they had been renting out their property without any problems. Usually, it was done on short term (6 months) until this last family who were keen for a longer term solution. Initially, the solution worked perfectly for both parties. 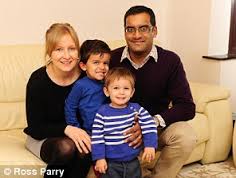 About 6 months ago however, one of the property owners became unemployed. This lack of income meant that the particular owner had to use the rent from their buy to let to pay their property mortgage, instead of the mortgage on the buy to let. Unfortunately, this owner was not able to find a job to replace the one lost. Thus, the arrears on their buy to let built up. The owners informed the tenants about the situation and the property’s likelihood to be repossessed. As you can imagine, they were very upset.

At this point, the tenants contacted us seeking help. Usually, we only contract property owners since in the long run; it is them who have to make all the decisions. However, under such a situation, we opted to help as much as possible to find a solution.

Even so, such a case became tricky one for us. Not only did we have the property owner to consider, but also the family that had lived in the house happily for 18 months.

That same day, we organized a talk with the actual property owners. They too were equally upset by the whole situation. So, we discussed with them what we considered, and then we proceeded to seek their opinions. Despite the property owners’ own financial problems, they were very caring towards their tenants and they feared that the family if evicted could become homeless. This greatly stressed them.

At that point, we decided on a sell-and-rent-back scheme with both the owner and the actual tenants who were living in the property then. Surprisingly, this turned out to be the king of good ideas. The property owner sold us their buy to let and we paid them the cash in less than 7 days. This helped them to pay off all the debts which had added up during the owner’s unemployment. In addition, the tenants got to carry on paying rent just as before (at the same rate). We also put them on to a long term contract which they very much preferred.

In the end, they sold their buy to let for their desired cash. Therefore, everyone got what they wanted. More importantly, there were no repossession hearings, and thus no black marks against anyone’s name. Everyone smiled his/her way. It was yet another good result for Barry Home Buyers.

We take your data security very seriously. Please see our Privacy Policy for more information on how we process and store your data.