You are here: Home / News / Will George Osborne put an end to Buy-To-Lets?

With the buy-to-let marketing booming over the last twenty years or so, there there’s been talk for a long time about changes in the property market that would have a negative impact on potential investors; however it now seems that the Chancellor of the Exchequer has hammered the final nail in the coffin in his Autumn statement which took place last month. 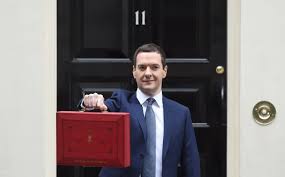 In his Autumn Statement, George Osborne announced that Stamp Duty charges will be increased by 3% more for those buying a second home (holiday home) or a buy-to-let property to rent out, than those who are purchasing a property as their main residence.

Those who are buying caravans, mobile homes or houseboats will be exempt from the new rates.

In terms of the Maths, 3% may not initially sound like a big deal – however consider this percentage increase on a buy-to-let property worth £250,000.  Under the old rules, a buyer would be expected to pay £2,500 in Stamp Duty; after the changes come into effect a property investor will face fees of £10,000.

The new Stamp Duty rates will come into effect on 1st April 2016.

George Osborne has justified the increase by stating that the savings will be used to help first time buyers, with the new rates expected to raise £625m in the first year alone.

The move is likely to be applauded by the first-time buyer market who currently face stiff competition from landlords and property investors when it comes to purchasing cheap homes.  With a number of property investors expected to desert the market once the charges come into effect, some house prices – particularly those in popular rental areas – could start to see a drop in value.

Investors won’t have to pay the tax if they purchase properties worth £40,000 or less, although as you can imagine in the current housing market, properties at this value are few and far between.  And in a further blow to those with just a small handful of properties – the super-rich investor with a portfolio of over 15 properties will also be exempt from the new charges. 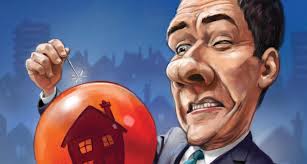 Wealthy investors who do not have mortgages on their properties will not be hit by these changes.  Because George Osborne is effectively taxing landlords on their turnover rather than their profit this could mean that for some property owners, they will have to pay all of their profit in tax – and then some – as tax rates are likely to exceed 100%.

So what do these changes mean for the buy-to-let market?

Experts believe that there could be a distortion in the property market as potential investors rush to purchase property before the Stamp Duty charges take effect, but over the longer-term with the additional changes being rolled out buy-to-let could be seen as a much less attractive form of investment.

The changes are likely to deter a vast number of new landlords from entering the buy-to-let market, and those that do, are likely to pass on the increased costs to their tenants who will see rental costs increasingly pushed up to compensate.

We take your data security very seriously. Please see our Privacy Policy for more information on how we process and store your data.